LOGLINE
We all have moments in our lives when the imagination goes beyond borders and we become day-dreamers.

TITLE
UNDE  has a double meaning in Romanian language. On one side, it means ”waves”, but also means ”where” and this film travels from one meaning to another, as from illusion and reality.

​This film was developed for the Image Analysis class, coordinated by the prof. Doru Pop.
The challenge was to make a film after an existing image - "Man Rowing in Bed" by  Teun Hocks 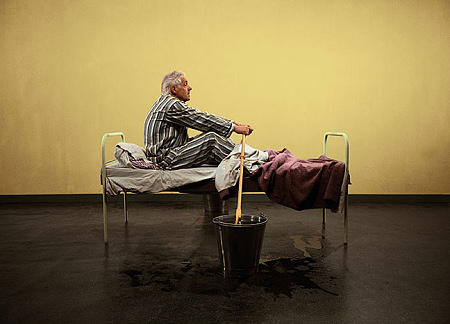 back to SHORT FILMS